The METOO social media movement is an excellent example of how positive change is made possible from a grass roots level. A few individuals started a conversation that resulted in a new and humane social order for today and for future generations.

Society is beginning to pay attention to the ever “ageing elephant” in the room.  There are numerous conversations on a variety of platforms happening right now that are exposing the harsh realities and conditions affecting our ageing population

As a naturopath and podologist I find myself at the front line of those conversations. I serve elderly clients every day and witness the social and physical challenges they face. I hear so many similar stories and patterns that form a network of shared concerns not just from the one person in my care but also from the daughters, sons and relatives of the elderly and I sense their deep frustration and concern as they struggle to care for their parents.

Consider your own future in this narrative.  Could the collective voice we start today result in a brighter tomorrow?

Perhaps conversations occurring now will pave the way towards a Canada which includes a socialized pharmaceutical program.

Perhaps Canadians can create new ways of networking so that no mature adult is forced into circumstances where they face years of depressing and debilitating isolation.

Perhaps Canada might soon follow the recent steps Whitehall has taken in order to address the realities facing the UK population.  The British Parliament has appointed its first “minister for loneliness,” who is charged with the monumental task to resolving what Prime Minister Theresa May called the “sad reality of modern life”.

The World Health Organization as well as numerous other medical bodies agree that loneliness and isolation can lead directly to the detriment of one’s health.

We can make a difference in our community if we ask the right questions and echo the concerns of senior citizens sitting directly across from us during our daily interactions. Forming platforms where groups of people who are in a position to act and respond to the realities that we must face is imperative.  We have a health care system that defines us as a nation.  Preserving it means we must cherish it and adapt it to prevail and support the weight of the increasing wave of those citizens that will reach the age of 65.

Provinces that are taking on new campaigns to address these issues are succeeding because the public voice is making it happen.

ACHIEVING a better life for our elderly is sustainable and workable as long as we continue the conversation and foster an open inclusive dialogue.

We must be watchful and take the time to know our neighbours. We need to listen and learn. We must reinforce a sense of trust through acts of respect. If “it takes a village to raise a child”, then additionally we can adopt the idea that “it takes a village, and the children of that village to care for its senior citizens”.  If we respond appropriately, reinforce trust and act respectfully, seniors will feel safe to share and accept their own limitations and we will know that a better world will be there for us.

Keep watching as we report additional information about ageing and isolation including feedback from you.  Send us your thoughts and ideas on how we can move forward and create new conversations. Ask your friends, neighbours or your relatives what concerns them now.  Echo those concerns and let us know what you have discovered.  I look forward to hearing from you at : dougcoburn@spacanada.ca

I dedicate this article to three vivacious and highly engaged active seniors in my life, Elaine, Lorraine and Phyllis.

Douglas A. Coburn is a naturopath and podologist living and working in Montreal.  He writes for magazines such as Spa Canada and contributes articles to OttawaSeniors.com.  His professional certifications include AIIC, RAC cert., BSc.Pod 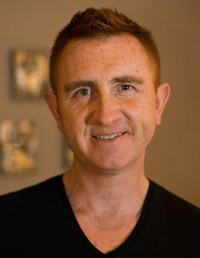